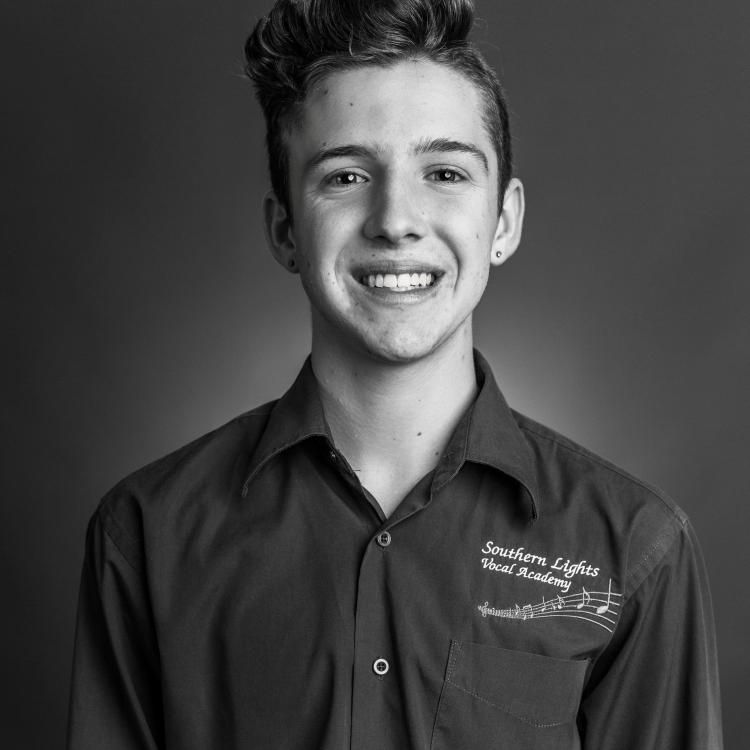 Conor has been a student of Danny Benn since the age of 10 as well as being a part of the Rising Lights group before joining Choir of Southern Lights and Southern Brothers once he was old enough.

Conor is currently a Year 12 student at Dapto High School where he was given the title of Music Prefect for his final year of high school. Conor has been a regular face and voice with Southern Stars performing as both a featured vocalist and backing vocalist. Conor has also had the opportunity to get on the theatre stage, having appeared in iYAP's Camp Rock and most recently Roo Theatre's Footloose.

When Conor isn't at school or singing at the studio, he is working hard to help ensure the studio is running smoothly and assisting our staff as required.